GenePattern 3.9.4 requires Java 7+*. Click on the links below for details on the updates.

System requirements and known issues are detailed on the following pages.

A production module which has a beta version available will look like this:

Clicking on the text will take you to the beta version of the module, which will look like this: 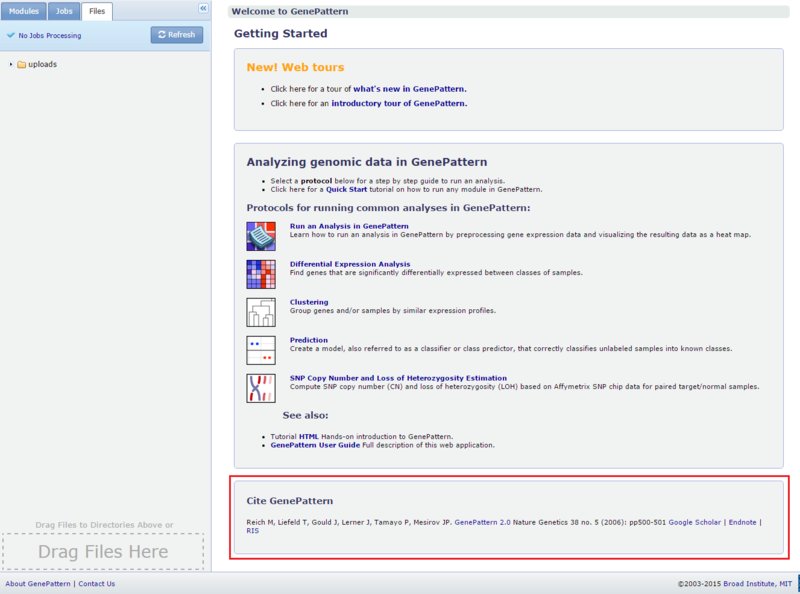